There was a time when a good weekend involved going straight to the pub after work on a Friday night, then spending most of the weekend drinking, sleeping and feeling a bit crap.

Well times change and although spending time in the pub is still a favourite pastime of mine, it certainly doesn’t get in the way of other, more productive activities.

This weekend was great for several reasons.  I got to spend some time in the pub with some friends and my wife and I attended 2 events for the first time.

It was the launch day for Horsham parkrun on Saturday.  It was a bizarre feeling when I got there as it didn’t feel like a new parkrun.  The organisers and the volunteers all had a lot of experience of parkruns and how they work and this was evident in how smoothly the event went.  It was a very good job that they were organised, as 366 people turned up for their free 5km run. 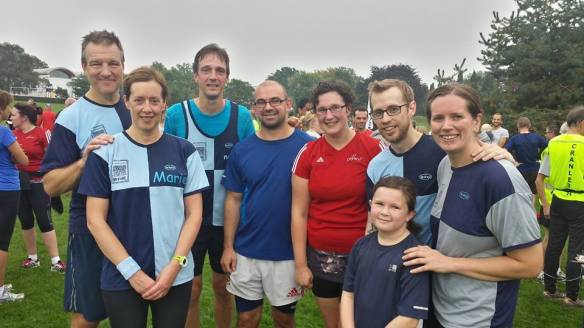 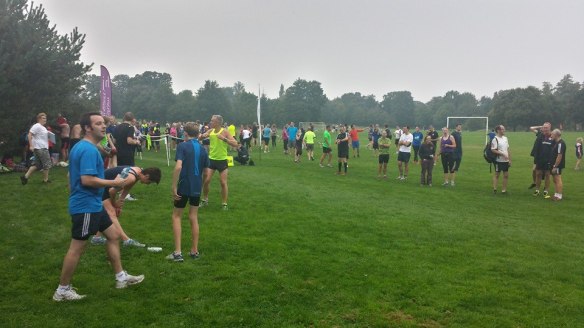 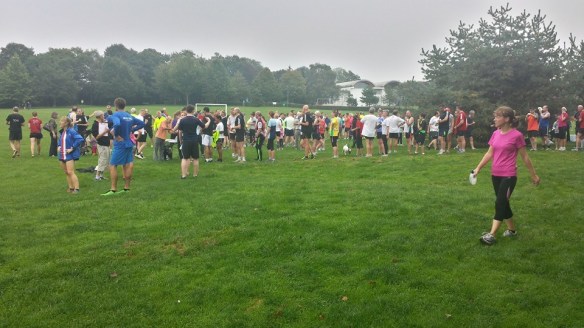 As usual, there were lots of people visiting from other parkruns across the South of England with their wonderful  selection of 100 and 250 t-shirts.

The course in Horsham Park is excellent and a mixture of concrete and grass.  It is 3 and a bit laps.  I’m a big fan of laps.  It’s not everyone’s cup of tea, but I love the fact that the supporters gather in one place and they cheer you on each time you go past.  This happens 4 times at Horsham.

As usual, the event attracted a huge range of abilities and ages.  This is what parkrun does.

There is also a great café nearby with inside and outside areas serving hot and hold drinks, as well as a good selection of food.

It is well worth a visit.  It’s also potentially a PB course.  I went under 23 minutes for only the 3rd time ever.

This is another great addition to the range of parkruns available in Sussex.  This week 1506 runners completed the 7 parkruns now on offer. I am pretty sure that this is a record.

On Sunday morning we met at 7am in Burgess Hill to head up to London for the River Relay.  Having done the Green Belt Relay in May, there was a real sense of excitement about the Green Belt Relay’s little brother, which is organised by the same people, The Stragglers Running Club.

It is a marathon run over 5 legs of varying lengths, starting at Virginia Water in Windsor Great Park and finishing at the Hawker Centre on the banks of the river in Kingston.  We entered 3 teams.

Due to some unexpected circumstances, I had the pleasure of running legs one and three for different BHR teams, rather than just leg 1, as expected.

Leg 1 was great.  I had never been to that part of London before and it is fantastic.  The lake was shrouded in mist as we arrived.  The course went round the outside of the lake and headed to the north end of the park where I handed over the baton to our second runner. 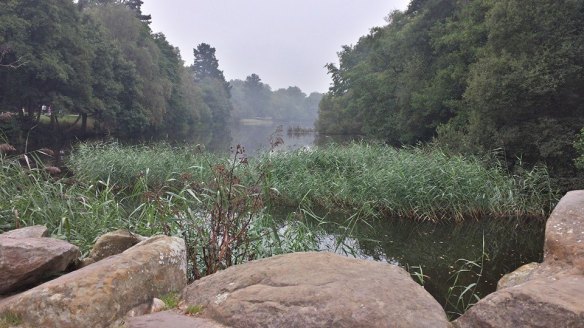 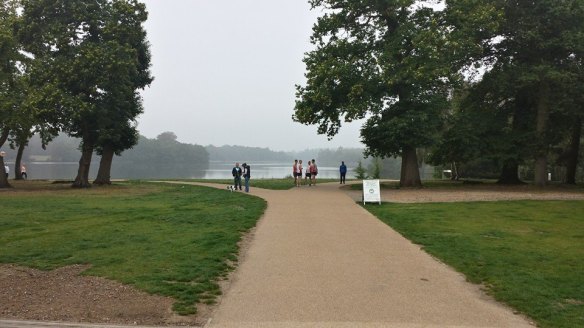 Unlike the Green Belt Relay, this is a true baton relay, where the baton has to be handed over and each team only has 1 running on the course at each time. 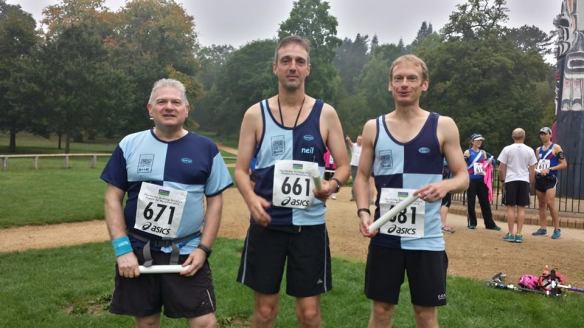 My time for the first leg was excellent, despite the early start and the quick parkrun in my legs from the previous day.  There was no time to warm down, as I had to get into the car to drive to the start of leg 3 before our runner arrived. 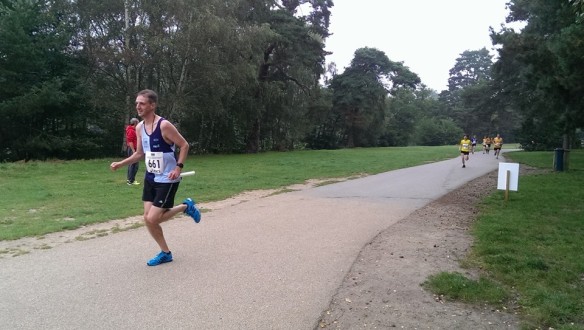 We did so with about 15 minutes to spare, so as Vicky came in, I set off on my second leg of the morning, not really expecting to set the world alight (by my standards anyway). 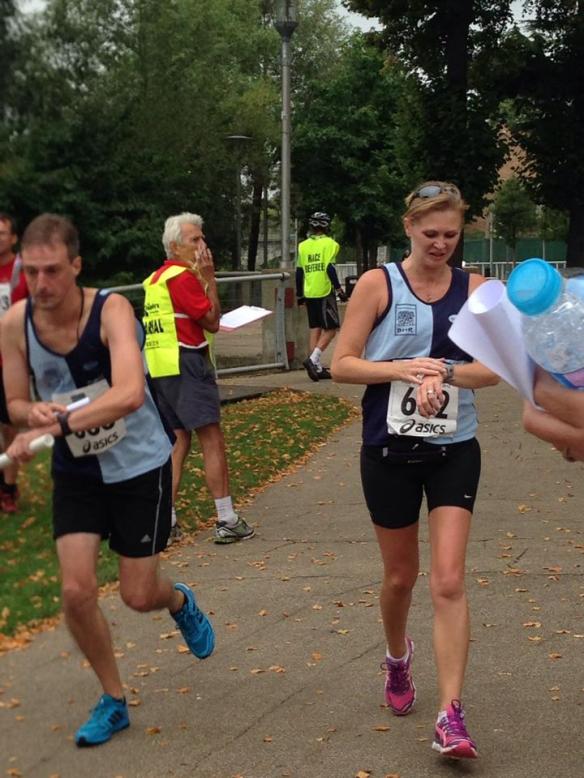 That’s where I was wrong.  I ran the first 10k of the leg in a 10k PB, which I had just not expected.  I was helped along by a runner from the Stragglers.

Leg 3 was part of the first leg of the Green Belt Relay course, only in reverse, so it was pretty familiar. 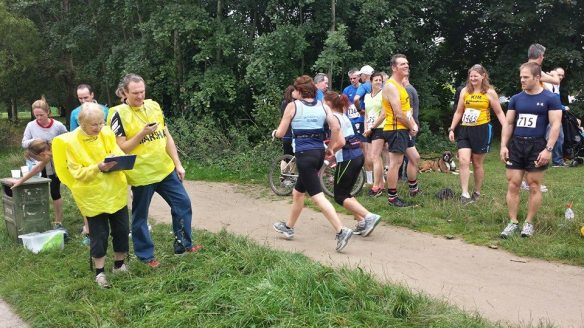 After my leg, we went off to the start of the final leg where Linda handed over to Nick and she had the honour of bringing the team home in a total time of 3 hours 30 minutes and 38 seconds in 31st place out of the 51 teams. 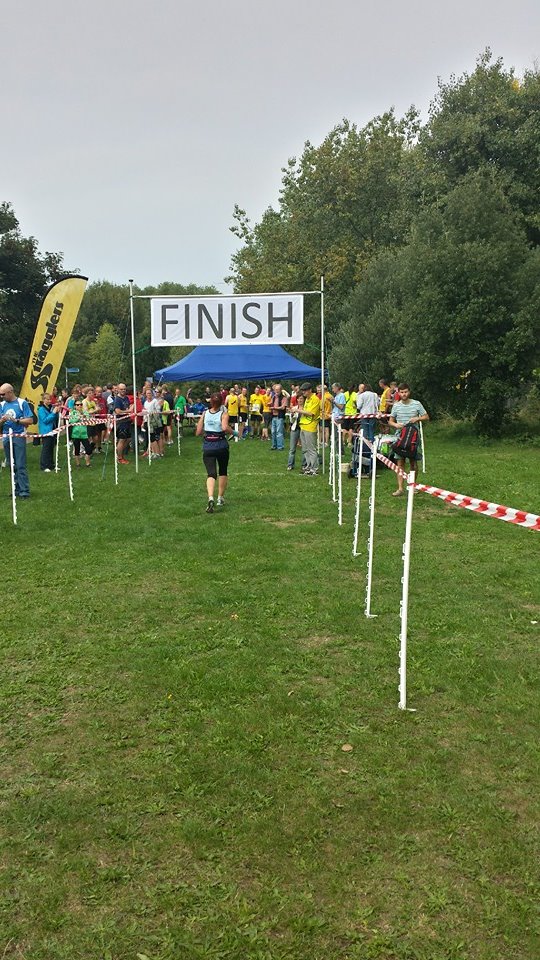 The other 2 BHR teams came home in 40th and 41st places.  An excellent performance by everyone.

Again, for us this was a running event and social event in equal measures.  The event itself is much more manageable than the Green Belt Relay and there were certainly more teams at the slower end of the ability range.  There is also much less distance between the legs and less time pressure on getting your athlete to the start of their leg. 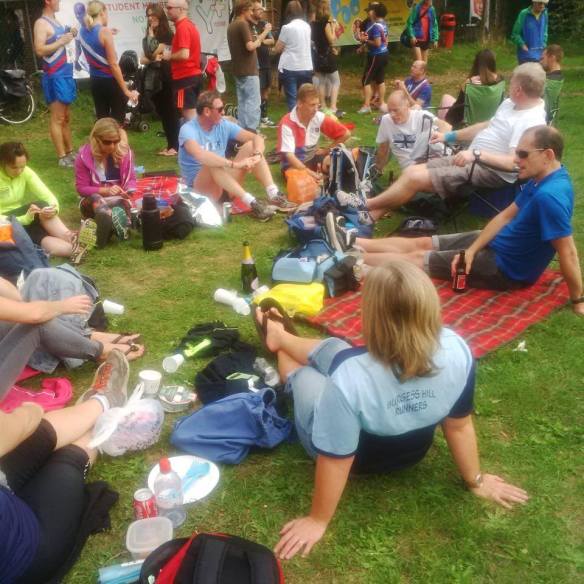 The Stragglers certainly know how to put on an event.  This ran totally smoothly, even with a last minute course diversion on the final leg.

It was also a very nice touch at the end when large sums of money were offered to charity chosen by the winning teams.

I would certainly recommend it to any club, whatever their ability.  I’d love to see us put out a strong team next year to see how close we can get to the front runners.

So there we go.  All of a sudden it was Monday morning and the hectic 48 hours were over.

A huge thank you to everyone involved in making these 2 very different events so enjoyable.