It is impossible to complete a race report for the 2015 Dark Star Ultra Marathon without referring back to 2014.  For those of us who were there it is something that we will probably never forget and we experienced conditions that we hope never to experience ever again.

The end of 2014 and the beginning of 2015 have certainly been less ‘floody’ than the previous winter, leaving ground conditions easier than the first running of this event.  More importantly, the weather on the day was almost perfect.  No torrential rain, no 30 mph winds for the 14 miles on the home leg.

Having said this, it doesn’t make this event easy. Far from it. I would rank it as second on my list of toughest events behind the same event last year. The ground on the river bank on the way out was lumpy and frozen solid, making life tough at times. On the way back the inconsiderate 70 of so runners in front of me decided not to levitate. Instead, they churned up the now soft ground that had warmed up as the temperatures moved above zero.

So, this is the Dark Star event.  Low key (as all Sussex Trail Events are), 95 runners, very friendly and full of runners who prefer off road, mud and the countryside to tarmac and supporters cheering you on.  There is a big range of running abilities.  You certainly don’t have to be quick to take part in any Sussex Trail Events race (although there are cut off times). 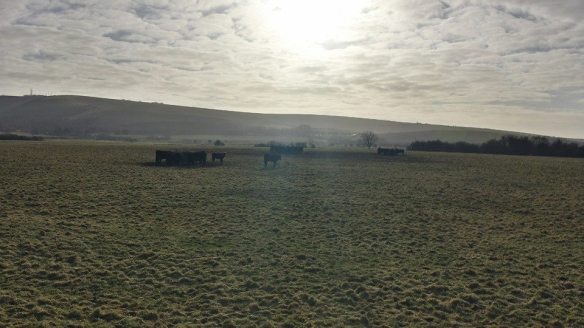 This event is 14 miles north along the banks of the river Adur (over the stiles that they so helpfully put in your way) and up the Downslink path to the old West Grinstead railway station.  This is where we were met by the wonderful Burgess Hill Runners aid station and where we turned around and head back to where we came from.

My race prep had been rubbish.  I was ill over the majority of Christmas and New Year and my longest run since October had been 13 miles. Far from ideal, but there you go.  I put my positive head on, set some realistic targets and set off.

My club, Burgess Hill Runners was the best represented club and 4 of us were pretty close to begin with.

I was being dragged along too quickly and even though the company was excellent, I decided to slow down. The plan was to get to half way, stop, chat, re-fuel and leave the aid station after 2 and a half hours.  I left the aid station 2 minutes ahead of schedule.  Not bad really. 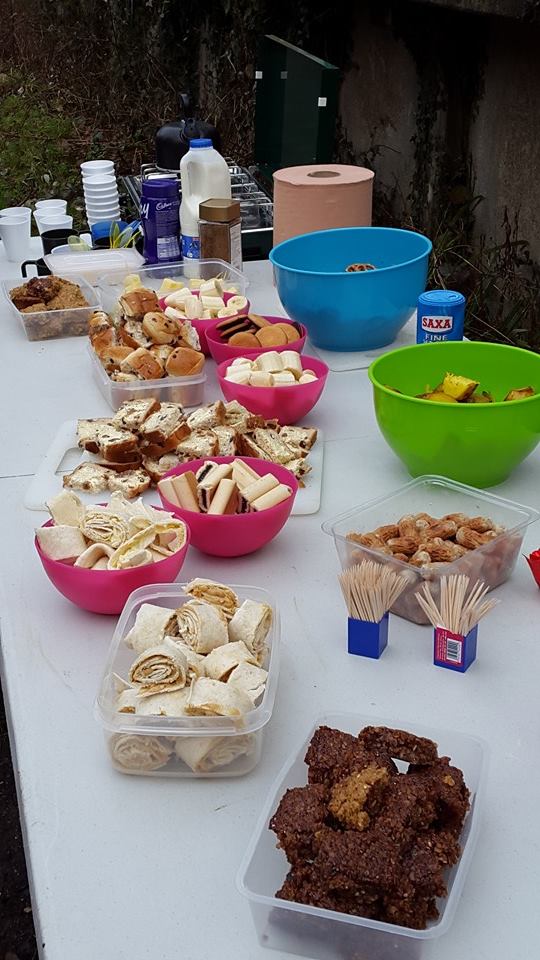 The journey home is much tougher than the journey out.  Obviously, you have 14 miles in your legs already.  The wind, although not too strong, was in your face and there are a lot more stiles on the way back compared to the way out.

Apart from the plan about my speed, I also stopped at each aid station to eat and drink, as well as doing the same between stations. This may sound obvious, but I have been a culprit of not doing this properly in the past.

I got home in 5 hours 9 minutes and 35 seconds.  That’s 54 minutes quicker than last year.  I think that this is mainly down to the conditions, but also my race plan and determination helped to shave such a huge chunk off my time.  Very pleased with my first outing of the year.

A huge thank you to Jon Lavis and Helen Pratt for the brilliant photos.

Here is a brilliant video of the day from a fellow runner – https://www.youtube.com/watch?v=5IJjMa7-7_0&feature=youtu.be